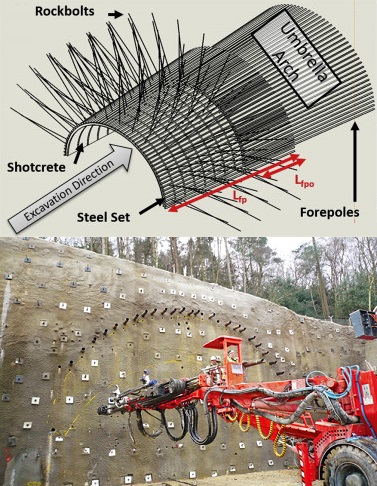 The longitudinal support members, extending ahead of the excavation face and composing the umbrella arch, can be broken down into three main support elements categories:

Forepole Support
Forepoles are passive support elements activated by movements of the ground mass. Their primary support contribution involves the longitudinal transfer of load away from the unsupported span. This is accomplished through bending of the forepole element (often steel pipe), which will be founded on the stiff steelset / concrete lining at two ends (refer to figure a.) or the steelset / concrete lining and ground ahead of the excavation face (refer to figure b.) depending on the construction stage. In this regard, the forepole acts as a multi-span beam to provide confinement to the unsupported span during construction . However, when initially installed the forepole will subjected to load in a cantilever fashion, as a 1-3m “free length” will exist until the steelset / concrete lining is able to be installed. Furthermore, depending on forepole / grout / ground interaction, axial loading of the forepole may be expected as a result of the stiff element resisting ground movements ahead of the excavation towards the tunnel. Respectively, the ground properties and strength and stiffness of the concrete lining / steelset will play a major role in the support contribution of the forepole elements. 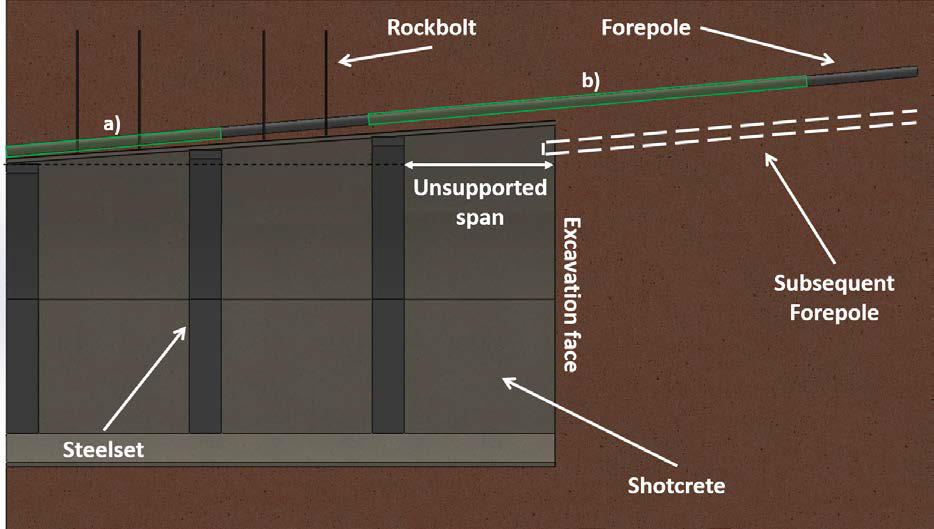