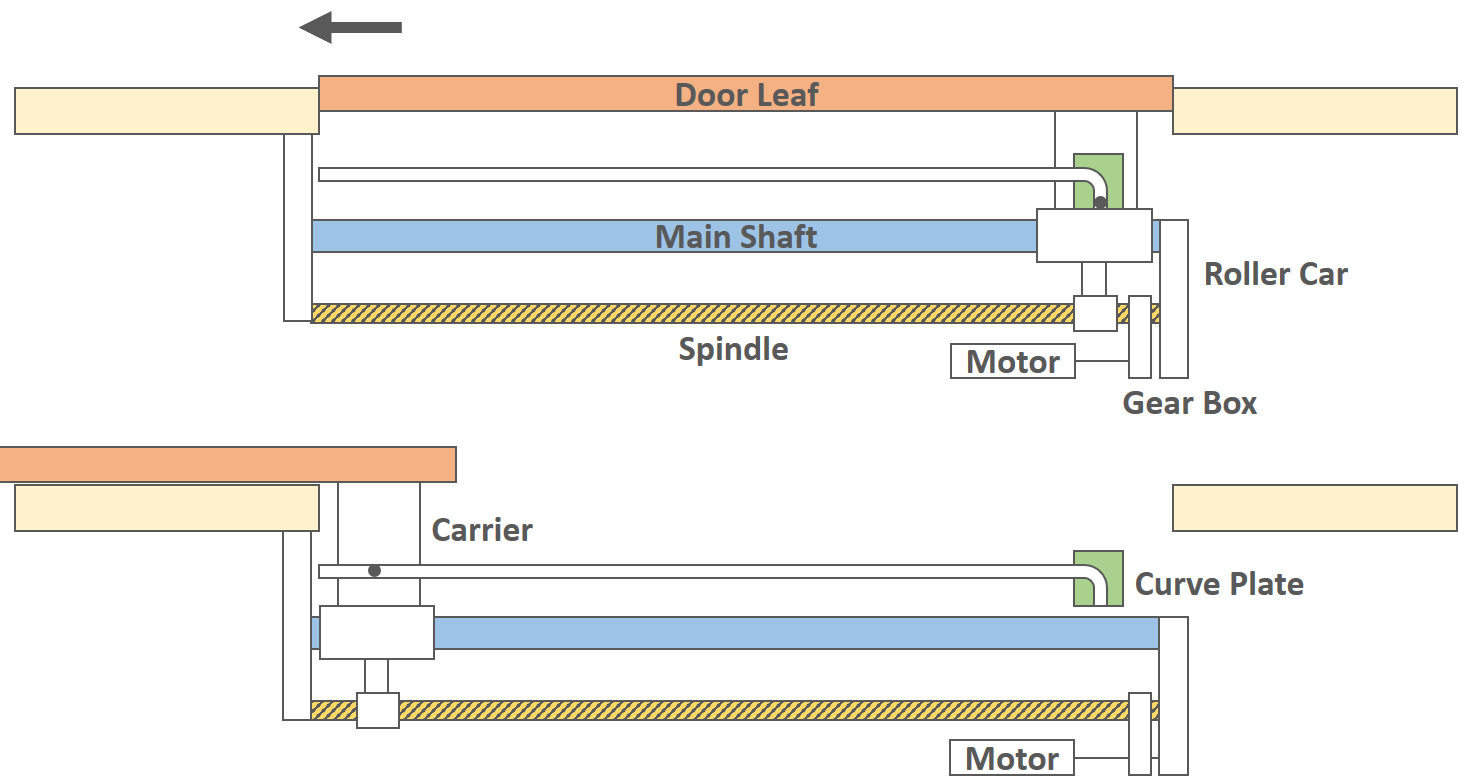 The door leaf is hinged at one point by means of a carrier which travels over the main shaft during the sliding movement. The main shaft is connected on both sides to the roller cars which are plugged out the portal opening at the beginning of the opening movement. The door movement is programmed by the curve plate in combination with the roller on the carrier. The powering of the door is realized by means of the electromotor with gearbox in combination with the spindle, and functions according to the action / reaction principle.

The levers operating the roller car is kept in the “over centre” position in the door closed position, realizing the mechanical locking of the door, also in case the electrical power to the motor is lost.

This door system can have as well a double leaf as a single leaf configuration.

Principle of the action / reaction: 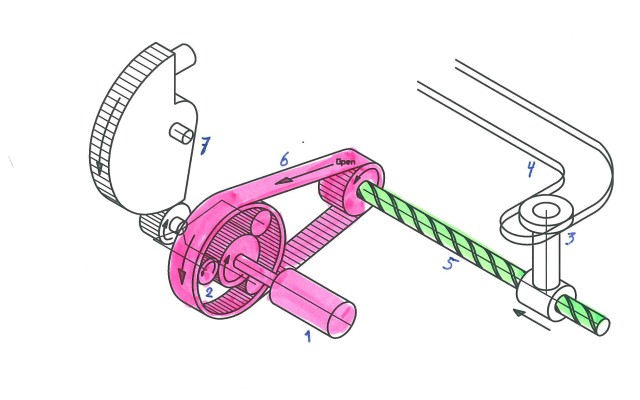 In Europe, all LRVs, trams, metros and regional trains are equipped with this door type, which is also increasingly used in Asia.