A derailment is said to take place when a vehicle (for example a train) runs off its rails. This does not necessarily mean that it leaves its track.

Although many derailments are minor, all result in temporary disruption of the proper operation of the railway system, and they are potentially seriously hazardous to human health and safety. Usually, the derailment of a train can be caused by a collision with another object, the mechanical failure of tracks, such as broken rails, or the mechanical failure of the wheels.

Derailments result from one or more of a number of distinct causes; these may be classified as:

– the primary mechanical failure of a track component (for example broken rails, gauge spread due to sleeper (tie) failure) 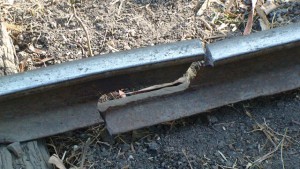 – the primary mechanical failure of a component of the running gear of a vehicle (for example axlebox failure, wheel breakage) 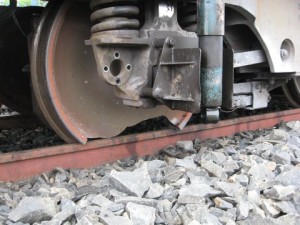 – a fault in the geometry of the track components or the running gear that results in a quasi-static failure in running (for example rail climbing due to excessive wear of wheels or rails, earthworks slip) 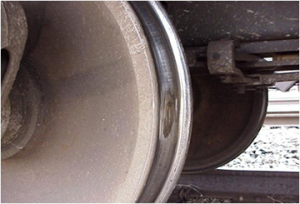 – a dynamic effect of the track-vehicle interaction (for example extreme hunting, vertical bounce, track shift under a train, excessive speed)

– improper operation of points, or improper observance of signals protecting them (signal errors)

– train handling (snatches due to sudden traction or braking forces).

Derailment Frequency and Severity by Accident Cause