Balise is an electronic beacon or transponder placed between the rails of a railway as part of an automatic train protection (ATP) system. Transmission device (passive transponder) that can send telegrams (or tele-powering) to an on-Board subsystem passing over it. The on-board system tracks the train’s location by counting wheel rotations, and correcting at fixed locations known as balises. Balises constitute an integral part of the European Train Control System, where they serve as “beacons” giving the exact location of a train. A balise which complies with the European Train Control System specification is called a Eurobalise.

Eurobalise is the European system for the transmission of information relevant to safety between the train and the trackside equipment. It’s a function of ERTMS (European Rail Traffic Management System) and one of the sub-systems of ETCS (European Train Control System).

It is used at all ERTMS/ETCS application levels (Level 0, Level 1, Level 2, Level 3 and Level STM).

The Eurobalise system consists of: 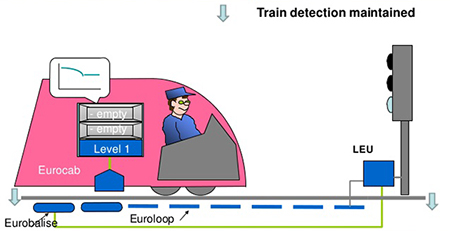 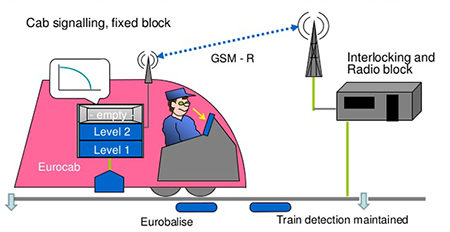 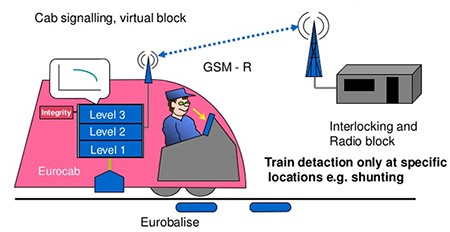 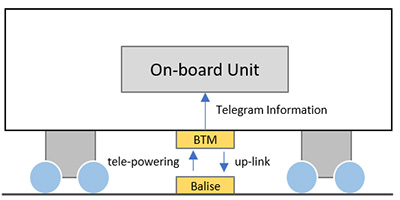 Through the two processes, the ground-train point-mode information transmission is achieved, and the telegram information including geographical position, route data and temporary speed limitis passed to the on-board unit which continuously calculates the dynamic speed profile from these data and other information concerning train performans, thus realizing the real-time supervision of train speed. Therefore, balise information transmission system is very important for train operation safety.